Jan Winburn, CNN’s senior editor for enterprise, will be speaking to two journalism classes Monday, Oct. 13, and Tuesday, Oct. 14. She will address issues of importance in today’s fast-changing world of journalism: Developing strong ideas, conducting thorough research and interviews, and then turning that information into a comprehensive and compelling story that is effective no matter the platform.

Her biography from the Poynter Institute:

Jan Winburn is senior editor for enterprise at CNN Digital, where she is bringing longform multimedia storytelling to a brand known for breaking news. Before becoming an online journalist in 2009, she spent 30 years as an editor and writing coach at newspapers, including The Philadelphia Inquirer, the Baltimore Sun, The Hartford Courant and the Atlanta Journal-Constitution.

Her writers have captured numerous and varied awards, including the Pulitzer Prize for feature writing, the Ernie Pyle Award, Investigative Reporters and Editors’ awards and the prestigious Livingston Award for young journalists. She led Digital enterprise coverage of the BP oil spill that was part of CNN’s Peabody Award in 2010. The Dart Society recognized her career work with its 2009 Mimi Award given to editors “who encourage journalistic excellence.”

She is an Editing Fellow at the Poynter Institute and has taught writing workshops all over the United States and abroad. She is a graduate of the University of Missouri, the author of “Shop Talk and War Stories: Journalists Examine Their Profession” and co-editor of two e-books, “Secrets of Prize-Winning Journalism 2013” and the 2014 edition. 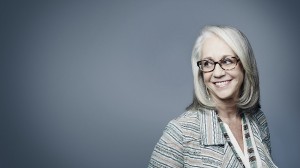