You’re visiting the website of Chris Wohlwend. I’m a veteran of more than three decades of newspapers and magazines, having worked as an editor and writer for publications in Knoxville, Miami, Charlotte, Louisville, Dallas, Kansas City and Atlanta.

My stories and photographs have appeared in The New York Times, The Boston Globe, The Philadelphia Inquirer, The Denver Post, The International Herald Tribune, and many other publications.

Six of my photographs are in the United Nations Archives in Geneva and another was included in an exhibit in Cholet, France.

I have traveled extensively throughout the world — Europe several times, Australia, Chile, Israel, Iceland, the Soviet Union from Leningrad to Central Asia to Siberia. 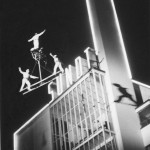 In the summer of 2010 I spent five weeks in Cyprus, with a side trip to Cairo.

I teach journalism part-time at the University of Tennessee in Knoxville and occasionally freelance stories.

Postings on this site will include accounts of my travels, memoirs, blog entries, photographs both past and present, opinion pieces, work by my students and other contributors and whatever else my reflections might produce. Unless otherwise noted, all photographs were taken by me.

Commentary — as long as it is civil — is welcome.

Contents © 2013 by Chris Wohlwend, except excerpts from other publications under Other Voices category.

One thought on “Explaining myself”