Lenny woke me about noon on a Saturday, early fall, pounding on my apartment door. He was upset.

“Cooke nearly did it last night,” he said. Cooke (all the names have been changed) was a buddy from school. We were all two or three years graduated, and Lenny had spent six months in the Navy until given a medical discharge. I was a junior at the University of Tennessee and Lenny had just enrolled. Cooke, who graduated high school only because the principal was tired of dealing with him, was not exactly college material. He was working a menial job.

The “it” that Lenny was talking about? Cooke was the kind of guy who, consensus had it, would eventually get himself – and whoever happened to be with him – thrown into jail. Our high school’s “Most Likely to End Up in Prison Stripes.”

I calmed Lenny and we got into his yellow Volkswagen Beatle and went to Brownie’s on the Strip for a burger – and an explanation. Stories involving Cooke were always interesting. And sometimes frightening. Carefully trying to edge the Bug into a spot too small to be designated for parking, Lenny cursed his car. “It was part of the problem,” he said.

Though he had his own wheels, Lenny was living with his parents, a half-dozen miles from my off-campus apartment. And Cooke, who did not have a car, had shown up at his house about 9 the night before.

They had made the usual rounds: Blue Circle, Pizza Palace, Tic Toc, Shoney’s on Broadway. After filling the gas tank, Lenny said, he was left with a couple of bucks. Cooke said he had five dollars, “so we didn’t do anything except cruise.” They finally landed a back-row spot at the Palace.

Cooke tried talking up a couple of girls, but, Lenny pointed out, it’s hard to get much action when you’re in a yellow VW.

Cooke was a talker all right. And he had a way with the women – until they got to know him. In high school, he convinced one of the teachers, a single woman who had a pristine, big-finned, two-tone 1959 Dodge, into loaning him her car in the afternoon when we were supposed to be in study hall. I accompanied him a couple of times, cruising the drive-ins.
But there weren’t a lot of cruisers out during school hours, and he had to have the car back by the final bell. He did garner attention a couple of times when I was with him, managing to burn rubber in spite of the car’s automatic transmission and push-button gear-shift.

Cooke decided that he and Lenny should go to the Park Hotel and get a hooker. When reminded that he only had five dollars, he insisted that Lenny loan him his two. With seven dollars, he argued, he could get a room and have enough left to pay the hooker.
The Park, on a seedy side street downtown, was the kind of place where such transactions were common. Rooms could be had by the hour.
Lenny argued, he said, throwing up “every objection I could think of — but you know Cooke.” Finally, he told him he would drop him off and then pick him up after a half hour or so. But he had another idea.
“I tell you what,” he said. “I’ll go in, get a room, then go into the bathroom in the lobby and write the room number over the urinal. You come in a few minutes later, tell the bellhop you want to use the bathroom and see what room I’m in and come on up. I’ll tell the bellhop to get me a girl.
“How are you going to pay for the girl, I asked. The room cost five. He said he’d figure something out. I dropped him off, then found a parking spot on the street. Not a lot of people downtown at midnight.” Another head shake.
So then you went into the hotel?
“Yeah, I walked in, nodded at the bellhop and found the bathroom. Sure enough, there was a number written over the urinal. Cooke was on the second floor. I walked back out into the lobby and started for the stairs. But the bellhop was wise to that trick. You ain’t registered here, buddy, he said. Out.”
So you went back to your car?
“And drove around downtown, killing time. Then a cop stopped me. He wanted to know what I was doing. I told him I was supposed to meet a buddy. He told me he didn’t want to see me circling the block again.
“I drove to the Blue Circle, made a few circuits, but didn’t see anybody I knew. Thanks to Cooke, I had no money so I couldn’t even get a Coke. I went back downtown. Same cop pulled me over and told me if he saw ‘this yellow Volkswagen again’ I was going to jail.”
And then?
“Hey, I’m not stupid. I went home. By then it was about 1 a.m. I figured Cooke could take care of himself.”
Well, if nothing else, I pointed out, he had a room for the night.
“Exactly. I went to bed. Sometime after I fell asleep, I heard the screen on the window rattling. It’s Cooke, of course. I’m not about to let him in, so I go out the back door. He’s shirtless. And short of breath. And pissed. Where were you, he wanted to know.
“I told him. He cussed the bellhop. And the cop. And the hooker.”
So the bellhop sent a girl up?
“That’s what he said. She told him she wanted her money up front. And he hemmed and hawed. 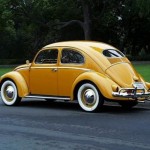 Turned on all the charm, he said. But he was dealing with Sonya, a girl, he explained, who had seen and heard about everything.”
Sonya was a widely known Knoxville prostitute. And unlikely to be charmed, especially by a cocky 20-year-old.
“So he said she started to leave and he jumped in front of the door. Naturally, she yelled for the bellhop.”
Cooke still had on his clothes?
“He’d taken off his shirt. He was through the door and down the stairs before the bellhop could get from behind the desk. He ran to the Greyhound station on Gay Street and jumped into a cab. The driver took one look at him and asked for cash up front.
“Cooke gave him what he had left – my two bucks. That got him a few blocks out Magnolia. He then ran the six blocks to my house.”
So you took him home?
“Yeah, but I made him push the VW out of the driveway so we wouldn’t wake up my folks. He’ll probably come down with pneumonia, what with being without his shirt, and sweating. He got really pissed when I laughed at him, sitting there in the car shivering.
“When I dropped him off, he said he’s going to get his own wheels. I told him he’d better because he wasn’t getting into my VW again.”

Posted in Memoir Leave a reply