Travel writing has been around as long as travel — which is to say from the days when it first became possible to put ink to papyrus. Besides being called the “Father of History,” the Greek Herodotus has also been called the first travel writer. He was working from 480 to 425 B.C.

In those days, travel was truly adventure, and the travelers had to be fearless. Those we know about — and we only know about them because they wrote about what they did — were intrepid, adaptable, and curious.

They also didn’t have pressing duties that would keep them at home. The great Islamic traveler Ibn Battuta took 24 years on one of his voyages. He is estimated to have trekked more than 75,000 miles during the 14th century. And he wrote all about it.

And there were adventurers who were travelers first and writers second. They relished poking around the more remote corners of the world, enduring hardships and hostile inhabitants just because they were curious. This group included women who were not afraid to venture into places where solo females were looked upon with surprise if not disdain. Freya Stark, Isabella Bird, Mary Kingsley, Edith Durham — all wrote knowingly and brilliantly about their encounters in obscure corners of Africa, Europe, and Asia.

In today’s world, the actual logistics might not be as arduous, and the adventures might not be as hair-raising, but, for most of us, there is still much to be learned in the parts of the world that are foreign to our own. And that is the reason behind this blog entry, to set down my own thoughts about places I am headed or have been, and display photographs that I have taken. This is an attempt to explain my own wandering.

Except for occasional forays into the flatlands, my first 20 or so years were spent within the confines of East Tennessee, in the broad hill-and-range valley of the Tennessee River and its tributaries. The valley is hemmed between two arms of the Appalachians, the Cumberland Plateau on the west and the Great Smoky Mountains on the east. And hemmed it is, both topographically and culturally. As much as we like to think of our world as a small one — thanks to good roads, air travel, the Internet, television — it is still bound by topography. 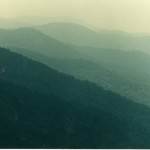 Knoxville, the heart of the Tennessee Valley, is much more attuned to the urban areas up and down the valley than it is to the closer cities, Asheville or Nashville, on the other sides of the Smokies and the Plateau.

All this is by way of trying to explain how I came to be a traveler. I was born and reared in the confines of that valley, went to college there, worked for seven years with a newspaper there. But I have always been curious about the rest of the world. While in college, I made up a list of places and events I wanted to see and attend: Munich’s Oktoberfest, Carnival in Rio de Janeiro, Wimbledon’s tennis matches. I did not want to miss anything.

In the summer of 1972, after deciding it was time to set out, I quit my job, took my life savings and caught the cheapest flight to Europe, to Luxumbourg. I stayed until my money ran out. My last night was spent shivering in 32-degree temperatures on a church bench in the tiny German hamlet of Zweibrucken. The next day I reluctantly gave up, using my expired train pass to get back to Luxumbourg and my return ticket on the next flight back to the States. I didn’t want to return home (though I will admit to a hankering for a glass of iced tea and a real cheeseburger), but I leavened my disappointment with the certain knowledge that I would return to the road.

Though I boarded that initial Luxumbourg flight with considerable trepidation, my arrival in Europe went smoothly — the bus to Luxumbourg city was waiting at the airport and getting the train for Brussels was easy. But when I got off at the wrong one, I discovered that Brussels had more than a single, central train station. And it was late. Luckily I found the center of the city and a hotel. But I realized that Europe wasn’t the United States, that two years of high school French was of no help, and that I was alone and scared.

The next day brought a new dawn. The sense of adventure that sent me out overcame my fear, and I was roaming the city at an early hour. From then on, every day was a wonder. I bounced across Europe without worry. So what if I was in Bergen, Norway, at 11 at night and had no place to stay? Something would turn up. And it always did. I had made an important discovery. As long as I kept the ideal of adventure foremost, I could cope. Look on the moment’s occurrence with the wonder of discovery, and it can bring only excitement.

My adventures might be more mundane than the 19th-century trips explained by Philip Glazebrook in his book Journey to Kars: “The ordeal proved to the traveler that he possessed the qualities he had been taught to admire.” But they were adventures nevertheless, and the sense of accomplishment was real.

So I rode the rails north to Copenhagen and Goteburg and Oslo and Bergen. On my way back south to Heidelberg I noticed my scheduled arrival time was late and that my train’s final destination was Vienna at 8 o’clock the next morning; it would be better to arrive in Vienna early than in Heidelberg late. So I simply stayed on the train, incidentally saving the price of a room for the night.

Deciding I wanted to see Spain, I badgered a stationmaster in Zweibrucken into figuring out how to get me to Malaga (he managed, with a 60-hour trip incurring five train changes).

And along my crisscrossing way I heard American ex-patriot jazzman Dexter Gordon blowing his saxophone on a Copenhagen street corner; participated in Oostend, Belgium’s Slufferbal, a beery good-bye to the tourist season; and laughed with a young mortician as he shared tales of his trade in a London pub.

I had the first of two teary good-byes with a WAC friend in Zweibrucken (there has to be a reason to go to Zweibrucken). In Brussels, I got stuck in an elevator. In Paris, I was thrown out of Montparnasse cemetery for taking pictures. 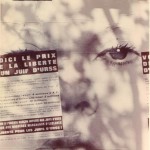 In Lyons, I laughed with a Frenchman as, teetering from too much wine, he waved his handkerchief and sang “La Marseillaise” to two departing compatriots. At the Olympics in Munich, I stood by in anger and frustration as terrorists held Israeli athletes captive.

I feasted on just-picked wild blueberries in Myrdahl, Norway; looked on as an obnoxious and foolhardy young Moroc was thrown off a Spanish train after he complained about a noisy young couple; spent an entire morning at Chapparel, which consisted of one building, while a new engine was summoned for the same Spanish train.

There was a brief stop in the Swiss city of St. Gallen, which my ancestors had left on their great adventure to America in the 19th century.

Since that initial journey, true to my vow, I have returned to Europe seven times, and have traveled in the Soviet Union, Chile, Israel, Australia, Egypt, Cyprus, Canada, Mexico and the Caribbean. And the U.S., too.

I’ve stood on the shore of a roiling Angara River in Siberia as dawn broke, my reverie shattered by the clatter of a horse-drawn wagon and the good-natured shouts of its Buryat drivers. Hanging over the waist-high back door of the tail-end train car at midnight, high in Mexico’s Sierra Madre Occidental, I’ve peered down at the fires of the Tarahumara Indians twinkling on the floor of the Copper Canyon.

I’ve clambered halfway up Australia’s remote and humbling Ayers Rock. I’ve been stopped and examined at an Israeli military checkpoint beside the Dead Sea two weeks after that country’s 1983 invasion of Lebanon.

I’ve watched as a lone tuba player, the last standing member of his oompah band, tried beerily to keep up the music and the spirit of his position in an Octoberfest tent. I’ve traversed stretches of the Silk Road, following in the central-Asia footsteps of Marco Polo, and watched as a dust storm rolled over the oasis that was home to Timur the Lame in ancient Samarkand.

On the floor of the Grand Canyon, exhausted after a day negotiating the rapids of the Colorado River, I’ve been awakened by the braying of wild donkeys. In Australia, from my perch astride a camel, I’ve watched wallabies scamper out of the way as we ambled around a desolate island. In Ralun, Chile, I’ve trusted a horse to get me through the fog-besotted low-tide flats of a fiord. I’ve been overwhelmed by another kind of horsepower on the starting grid of the 24 Heures du Mans, actor Paul Newman in his Porsche only a few feet away.

But I haven’t yet been to Wimbledon, or Mardi Gras, or seen the Himalayas from either the Nepalese or Tibetan side. And I haven’t reveled at Rio’s Carnival, or played chemin de fer at Monte Carlo, or watched the foolhardy tempt the bulls at Pamplona with their rolled-up newspapers. And I still don’t want to miss anything.