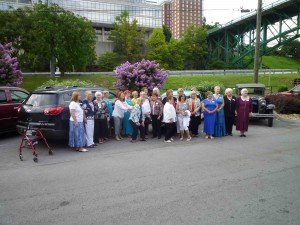 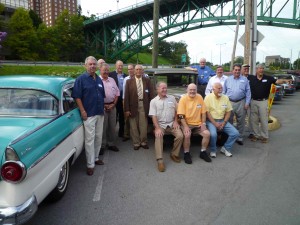 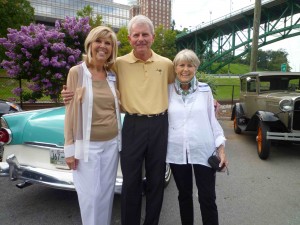 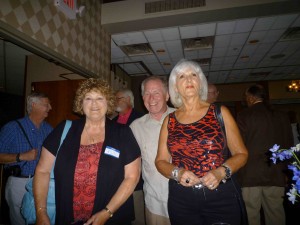 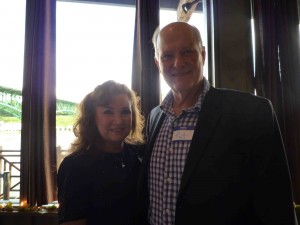 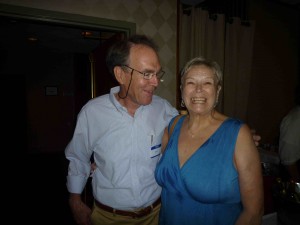 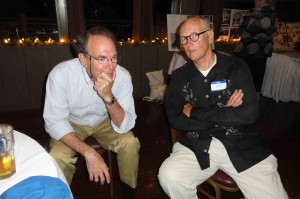 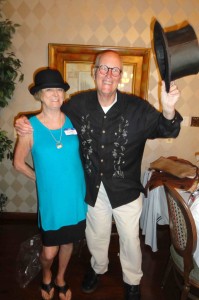 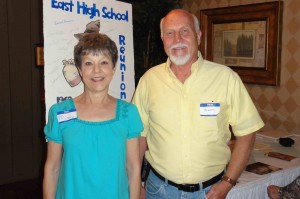 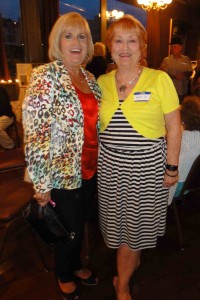 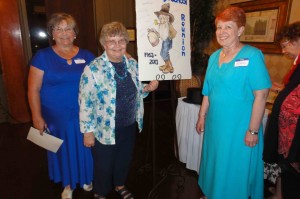 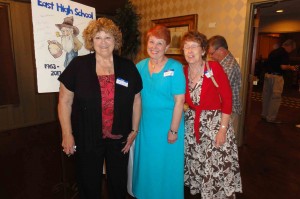 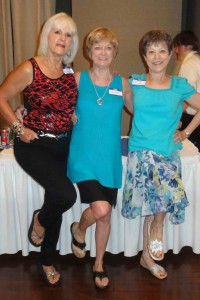 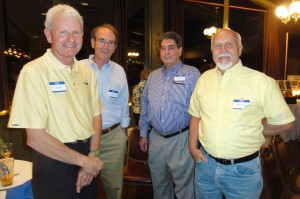 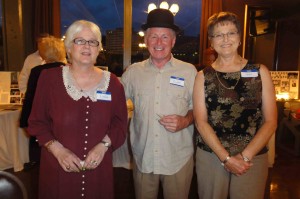 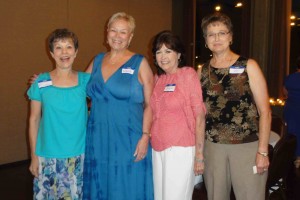 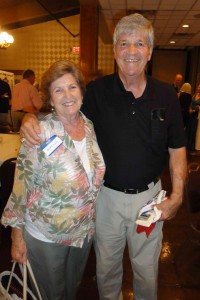 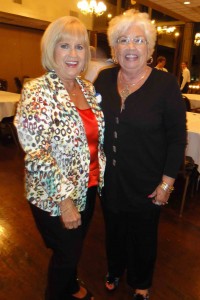 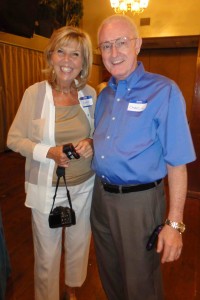 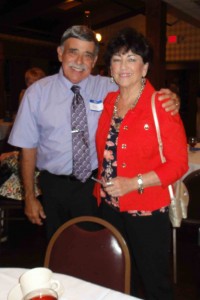 Forty-one members of the East High School class of 1963, ranked by many impartial observers as the top Mountaineer group in history, got together with assorted spouses and hangers-on at Calhoun’s on the River on July 13 for a grand remembrance of high school. Drink flowed, food was eaten, stories were told and stories were denied.
The ‘63ers came from locations near and far. Many had to overcome arduous physical obstacles.
Judy Trivett traveled from Australia. Pat Lamb and Charlie Jenkins from Texas. Sherry Wright and Jay Nelson and Becky Latham from South Carolina, Linda Cullop from south Georgia, Donna Poston from south Knoxville. Dauwn Snow came from Seymour, Nancy Snoderly from Pennsylvania, Nancy Reagan from Florida, Pat Maynard from Mississippi.
Vincent Kanipe and David Evans and Donna Dixon traveled from Halls, braving the heights of Black Oak Ridge. Several others also crossed mountains: Vonnie Easterday from Maryland, Jimmy Britton from Virginia, Lynda Bolt from North Carolina, Missy Albright from Gallatin, Loretta Harris from Kentucky. Earl Myers was allowed out of Alabama, Charlie Patterson furloughed from Rutledge.
Deanie Jenkins came from Maryville, Moyah Price from Powell, Larry Leibowitz from west Knoxville, Danny Meador from Gray, Clint Brewer from Murfreesboro, Rand Bradford from Fountain City. Knoxville was well-represented: Richard Hillard, Jerry Mikels, Jack Sherrod, Pat Lynch, Martha Sanders, Brenda Wright, Phyllis McDaniel, Kaye Williams, Betty Jo Doane, and Brenda Wheeler.
Joyce Maskell made it in spite of an accident a few weeks earlier, and Becky Mankel brought a comprehensive display of photos, Blue & Gray newspapers, and other memorabilia. Mary Lou Smith and Carolyn Miller, from the class of 1962, showed up to see that we behaved.
Sherry Wright’s superb rendition of Mr. Mountaineer was displayed beside the welcome desk. It was later signed by everyone in attendance. Photos were taken in front of Vincent Kanipe’s ‘56 Ford and David Evans’s ‘31 Model A.
After Charlie Patterson offered blessings of the food in observances of several religions (some known only to him), those in attendance feasted on turkey, pork loin, creamed spinach, and various gravies. Apple pie and chocolate mousse followed – miraculously no fights broke out over the last chocolate mousse.
Master of Ceremonies Chris Wohlwend then read Patsy Nelson’s note explaining why she could not attend. Then a note sent by Mary Jefferson, daughter of Dawn Jefferson, was read. Dawn passed away in 2011, and her daughter told how her mother had always talked fondly of her years at East, and of her love of her classmates. Other class members who are no longer with us were listed. Classmates whose whereabouts are unknown were also named. (Both lists are below).
Entertainment director Clint Brewer, looking dapper in a black bowler, then took over, and the tale-telling began. A story sent in by Pat Fraker, who was unable to attend, set the tone. She remembered an early-morning exchange between the irrepressible Mr. Fugate and the buttoned-up Miss Million, in which a dirty word – “sex” – was uttered. Live chickens in Miss Million’s classroom were then recalled.
David Evans, who described himself as a school-days “outlaw,” regaled everyone with the escapades that led to his frequent appearances before Mr. Bible. Joyce Maskell and Vincent Kanipe tried to explain their possession of flags from Holston Hills Country Club golf holes, obtained during late-night visits. Chris Wohlwend remembered a trip from Shoney’s on Broadway back to east Knoxville via Buffat Mill Road in which Joyce Maskall, Nancy Reagan, and Pat Maynard opted to get out of Richard Slack’s car rather than continue on with such gauche escorts.
Larry Leibowitz told how his homeroom Bible-reading experiences (he was always called on to read the verses at Christmas and Easter) led to his decision to become a lawyer.
Clint Brewer then told how Pat Lynch’s essay written for Mr. Fugate’s class was delivered as a love note, and Missy Albright explained the inner workings of the secret Yard Rollers Anonymous organization, with key participant Danny Meador providing more detail. The major roles of Patsy Nelson and Ralph Neal, who weren’t present to defend themselves, were noted.
Becky Mankel explained how she and Betty Jo Doane worked out a plan to avoid Miss Dowell’s English class, only to have the plan backfire, at least for Betty Jo. Diana Turley, always the serious scholar, figured into Betty Jo’s story of how she, Becky Mankel, Vonnie Easterday and Deanie Jenkins were aced out on a test by Diana, who misled the others into believing that she, too, had not studied for it.
Earl Myers noted that he was the youngest married student at East, having tied the knot with Janice when he was a junior. Others suggested that had he not been married, he would have gotten into even more trouble.
A dozen or so managed to make breakfast Sunday, where attempts were made to clarify stories from Saturday night. It was agreed that we would plan another reunion within the next couple of years, and that for those who live in the area, we will set up a monthly lunch or dinner. Details will follow, by email for those who have it, and by snail mail for those who do not.
Please post any address changes or information about any missing classmates in the comments section. Thanks to everyone for participating.

My brief career as a private eye