Born and reared in Knoxville, Tennessee. Veteran of 30+ years in newspapers and magazines as an editor, reporter and writer. Lived and worked in Miami, Charlotte, Louisville, Dallas, Kansas City, Atlanta. Teach journalism part-time at the University of Tennessee-Knoxville. Freelance to several publications, including The New York Times. Working on a memoir focusing on my encounters in Appalachia. Excerpts will be posted on this blog. Have traveled extensively, and photographs from those travels will also be posted here.

Anything by John McPhee (and there are a lot)

I’ve never thought that being a veteran was a big deal as the only fighting I saw was mostly GIs versus GIs in South Korean bars, battles over bar girls and assorted inebriated nonsense. But I was quietly surprised and grateful for my son’ Julian’s tribute to his late grandfathers who were on opposing sides during World War II.

Their stories were compelling, with the Korean grandpa’s mutiny, slaying of Japanese commanders and harrowing escape from an insignificant island, and my father’s front-row view of the dawning of the Atomic Age.

Julian’s South Korean grandfather was conscripted by Japan as the Japanese had colonized Korea and the two Koreas didn’t yet exist. He was sent with other Korean cannon fodder — commanded by Japanese officers — to an island in what I believe is in or near Micronesia. He was a bright, well educated man, but never knew where the posting was. But from his descriptions of the natives and climate, it’s a fair guess.

During the end of the war US troops were wiping up Pacific islands and the supply chain for his group had run dry. Hungry and angry, with the aid of the natives they rebelled, killed their Japanese overlords, happily surrendered to US soldiers and sailors, and eventually made it back amid more travails to Korea.

Julian’s US grandfather was a submariner in the South Pacific shortly thereafter on the USS Pilot Fish and saw no real action, except during the sub’s minor place in US Navy history as one of several vessels decommissioned for the atomic bomb tests at Bikini island in 1946.

When my father dropped the fact on me in the 1980s I was astonished.

“You saw an A-bomb go off? What was your protection?”

“Nothing except sunglasses,” he replied laconically, a la Robert Mitchum.

“What about the radiation?”

“Well, none of my kids glowed in the dark.”

had been hiking Appalachian Trail in GSMNP

got off trail near Gregory Bald

tried to cross stream, slipped and broke his leg

experienced hiker, hiking since he was 10

had food with him

had been hiking about 10 days before accident, starting in Georgia and then moving into Tennessee

used sticks and string to make a splint for leg

began crawling, pushing 40-pound pack in front of him

went through a lot of thick underbrush

finally made it back to main part of AT

found by two other hikers

AT is nearly 3,000 miles long, Georgia to Maine

one of most popular hiking trails in country

hospitalized in Knoxville for a week

media all did stories about his ordeal

Knoxville paper you work for sends you to interview him

Here’s what he says:

“I never doubted that I would be found. I got discouraged sometimes, but I figured that I had plenty of food and thought that if I could get back to a trail – particularly the main Appalachian Trail because it’s so busy – somebody would come along before long.

“I’ll tell you though, I sure was happy when I heard those first footsteps coming up behind me. Those guys thought I was some kind of animal at first. I guess I looked pretty rough. They kind of hesitated in approaching me, but when I said, ‘help’ a couple of times, they came running.

“One of the guys stayed with me while the other went for help. They kept telling me not to go to sleep, and I didn’t. I was so happy then that I probably couldn’t have, even if I had wanted to. I’ll never forget the feeling I had when they found me, not if I live to be a hundred. Those guys are going to get mentioned in my will.

“The hardest thing about being lost was thinking that other people might be worrying about me. I was supposed to meet some friends in Gatlinburg a couple of days after I got lost. As it turned out, they weren’t worried but said if I had been gone another day, they would have contacted the park rangers and started a search.

“After a day or so of crawling, I had to discard most of my clothes and most of the other things in my pack. They had gotten too wet and heavy for me to push. Of course, I kept all of the food I had. It was mostly dry stuff – crackers, fruit, peanut butter, things like that.

“The mountain foliage was like a jungle. There had been a lot of rain up there this year, and it was really thick. If I had stayed where I was when I fell, I probably would still be there. At least, that’s what one of the park rangers said. I think I knew that instinctively when I fell, so I never thought about staying put. I knew that I had better get somewhere where people could find me.

“Besides food, I did manage to keep a few small things with me. I had several pictures of my wife and two little girls. I looked at them a lot, especially when I got discouraged. I would spend a little time looking at those pictures, and then I would crawl a little bit more.

“I broke the first rule of hiking, of course. I hiked alone. If you’re on the Appalachian Trail, it doesn’t matter because you’re not really alone. There are so many people on that trail. But when you get off the beaten track – that’s when you need to be with somebody. I learned my lesson about that. My goal is still to hike the entire trail, but I guess I’ll have to wait until I get my leg in shape.”

Jan Winburn, CNN’s senior editor for enterprise, will be speaking to two journalism classes Monday, Oct. 13, and Tuesday, Oct. 14. She will address issues of importance in today’s fast-changing world of journalism: Developing strong ideas, conducting thorough research and interviews, and then turning that information into a comprehensive and compelling story that is effective no matter the platform.

Her biography from the Poynter Institute:

Jan Winburn is senior editor for enterprise at CNN Digital, where she is bringing longform multimedia storytelling to a brand known for breaking news. Before becoming an online journalist in 2009, she spent 30 years as an editor and writing coach at newspapers, including The Philadelphia Inquirer, the Baltimore Sun, The Hartford Courant and the Atlanta Journal-Constitution.

Her writers have captured numerous and varied awards, including the Pulitzer Prize for feature writing, the Ernie Pyle Award, Investigative Reporters and Editors’ awards and the prestigious Livingston Award for young journalists. She led Digital enterprise coverage of the BP oil spill that was part of CNN’s Peabody Award in 2010. The Dart Society recognized her career work with its 2009 Mimi Award given to editors “who encourage journalistic excellence.”

She is an Editing Fellow at the Poynter Institute and has taught writing workshops all over the United States and abroad. She is a graduate of the University of Missouri, the author of “Shop Talk and War Stories: Journalists Examine Their Profession” and co-editor of two e-books, “Secrets of Prize-Winning Journalism 2013” and the 2014 edition.

Centers for Disease Control release on a study of nutritional supplements. Category includes vitamins, protein supplements and products promising muscle growth. “It turned out that at least half of the ingredients have no documented medical effect” quote from Ross Halleck, medical epidemiologist at the National Center for Environmental Health and Injury Control and a member of the study team. Study concluded that many of the nutritional supplements have no medical support for their advertising claims. (CDC headquartered in Atlanta.)

A study was released yesterday by the University of Colorado. It was funded by the Alfred P. Sloan Foundation. The study said that 60 percent of college students who begin studying science, mathematics or engineering switch to another major. Reasons cited by the study were poor teaching and an aloof faculty.

City Council unanimously voted Tuesday night to approve a plan for a parking garage for Cumberland Avenue’s “Strip” that would add 500 to 800 spaces to an area where parking is scarce. The garage is part of the Cumberland Avenue Redevelopment and Urban Renewal Plan.

An amendment to the budgets for fiscal year 2014-2015 brought the most discussion, with councilman Nick Della Volpe arguing that 25 percent of the 4.35 million dollar surplus be set aside for a “rainy-day fund” instead of being added to the general fund for renovations.

Mayor Madeline Rogero argued that deferring maintenance adds to its cost. “This is the time to invest wisely in infrastructure and in deferred maintenance,” she said. “If you want to save money, you save money by spending this money now.”

The rest of the council agreed with the mayor, and the amendment passed 8 to 1, with Della Volpe the dissenting vote. 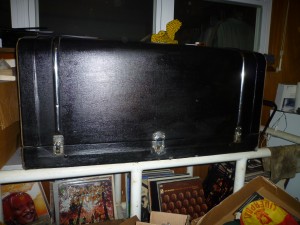 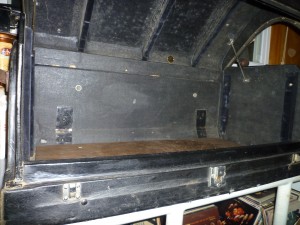 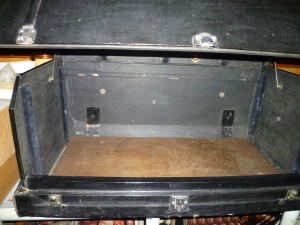 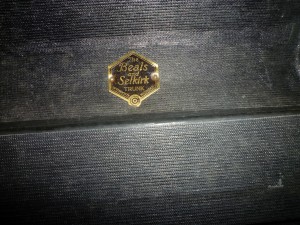 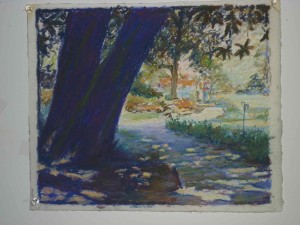 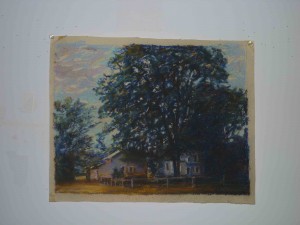 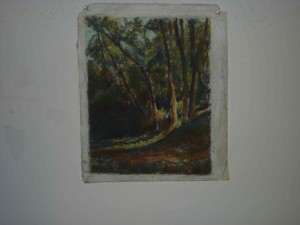 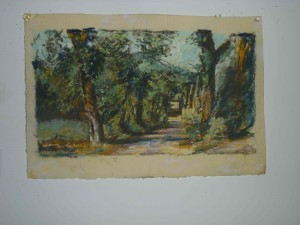 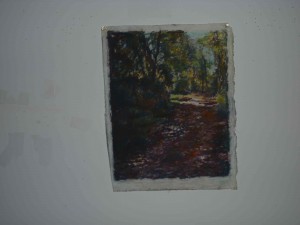 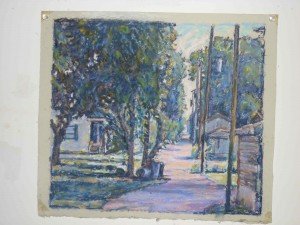 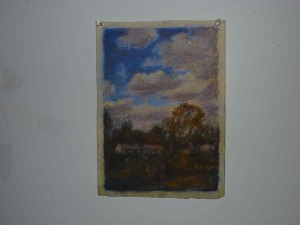 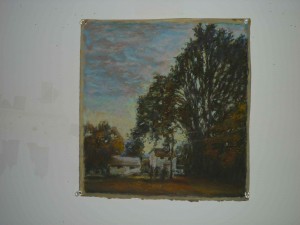 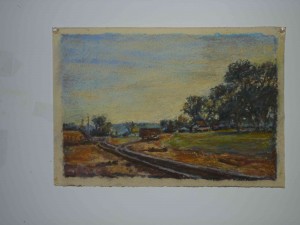 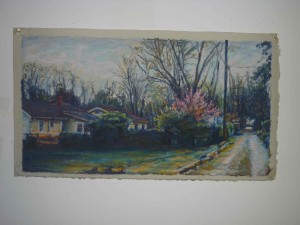 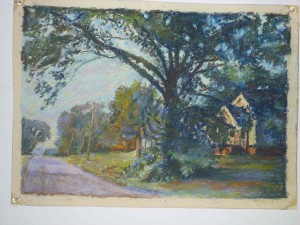 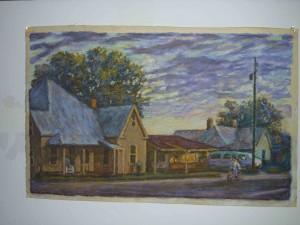 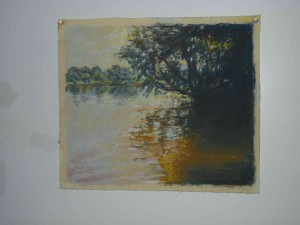 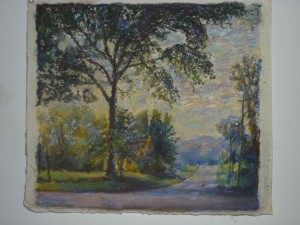 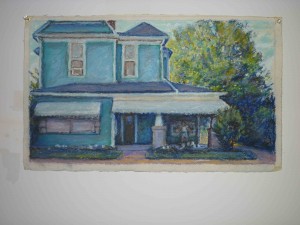 My brief career as a private eye